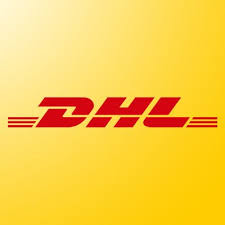 DHL simply means Dalsey, Hillblom, Lynn
It’s an international shipping, courier, and packaging service. DHL was established in 1969 by Adrian Dalsey, Larry Hillblom, and Robert Lynn. The name DHL is derived from the first initial of each founder's last name. DHL has numerous cargo transport systems including planes, trains, and boats. DHL serves more than 120,000 designations and 220 countries. As of 2002, Deutsche Post World Net owns the majority of shares.

In 1969 DHL Worldwide Express started with the transport of customs documents by plane. As a result, the customs clearance time for freight shipments was drastically reduced. Where the first flights took place mainly between San Francisco and Honolulu, the network was later expanded. Since 2013, DHL Express has been the global market leader in international express delivery and logistics.

Deutsche Post (DP) took over the Dutch Van Gend & Loos (including Selektvracht) in 1999. Since the end of the year 2002, DHL Worldwide Express has been 100% owned by Deutsche Post and since 1 April 2003 the name 'DHL' has also been used as a name for both Van Gend & Loos and for the two already existing express carriers of DP, Danzas and Deutsche Post Euro Express.

In August 2005, Klaus Zumwinkel, the then CEO of DP, announced that he had made an offer for the British logistics company Exel PLC (not to be confused with Exel Aviation Group). The actual acquisition was announced in December. The amount that was paid for was the largest amount that DP had ever paid for a takeover. The approximately 125,000 employees of Exel have been taken over by DP and are now partly covered by DHL.

DHL transports 40 million kilos of freight and 2 billion shipments per year, with 76,200 vehicles and more than 250 aircraft. More than 530,000 people work worldwide at DP DHL.
DHL Aviation is a part of DHL Express that is responsible for air transport for DHL Express shipments. It is not a stand-alone airline, but consists of several airlines that are (partly) owned by DHL Express, combined with services leased to other airlines. In total, DHL Aviation maintains 250 aircraft and 500 airports are approached worldwide. Of these there are 19 regional and 3 main hubs: Leipzig, Cincinnati and Hong Kong. [1]

In addition, DHL Aviation has shares in:

Trivia
On November 22, 2003, an Airbus A300 from DHL with three people on board in Baghdad was hit by an anti-aircraft missile. The crew wrote history by safely landing a plane that has lost all hydraulic systems for the first time in history.
DHL is the main sponsor of the Nuwelandstadion in Cape Town. From 2011, this rugby and football stadium also bears the name of DHL. The official name has been changed to DHL Nuwelandstadion.
DHL Parcel started in the spring of 2017 with the introduction of a total of 100 Streetscooters, its electric delivery vans, in 13 Dutch cities. Three more cities will follow in the autumn of 2017.
References:
business dictionary
Wikipedia
Labels: DHL