Showing posts from 2019
Show All

LASU Money Ritual: I was paid N210,000 to use LASU undergraduate for money rituals ~ Pastor 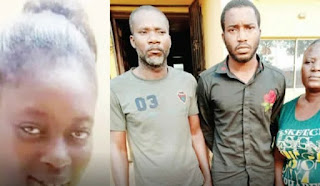 LASU Money Ritual: I was paid N210,000 to use LASU undergraduate for money rituals ~ Pastor Nation News Leadhour agoUpdate
The self-acclaimed pastor of the Cherubim and Seraphim Church, Solution Chapel, Ikoyi-Ile, Osun State, Segun Philips, said he was paid N210,000 to use the final year student of the Lagos State University, Favour Daley-Oladele for money rituals. His action was after Favour’s boyfriend, Owolabi Adeeko, had smashed her head with a pestle.
The pastor confessed that he was the one, who slaughtered and removed the breasts, heart and other vital organs from Favour’s body.
Philips disclosed this in an exclusive interview with our correspondent at the police headquarters, Eleweran, Abeokuta, on Monday.
He stated that the organs were used to prepare a concoction for Owolabi and his mother.
He, however, said the concoction was prepared with human parts without the knowledge of Owolabi’s mother.
When asked if he slau…
Post a Comment
Read more

Civilizations around the world have been celebrating the start of each new year for at least four millennia. Today, most New Year’s festivities begin on December 31 (New Year’s Eve), the last day of the Gregorian calendar, and continue into the early hours of January 1 (New Year’s Day). Common traditions include attending parties, eating special New Year’s foods, making resolutions for the new year and watching fireworks displays.
Early New Year’s Celebrations The earliest recorded festivities in honor of a new year’s arrival date back some 4,000 years to ancient Babylon. For the Babylonians, the first new moon following the vernal equinox—the day in late March with an equal amount of sunlight and darkness—heralded the start of a new year. They marked the occasion with a massive religious festival called Akitu (derived from the Sumeria…
Post a Comment
Read more


Watchnight service A watchnight service (also called Watchnight Mass) is a late-night Christianchurch service. In many different Christian traditions, such as those of Moravians, Baptists, Methodists, Anglicans and Pentecostals, watchnight services are held late on New Year's Eve. This provides the opportunity for Christians to review the year that has passed and make confession, and then prepare for the year ahead by praying and resolving.[1] The services often include singing, praying, exhorting, and preaching.[2] Watchnight service has added significance and history in the African-American community in the United States, since many slaves were said to have gathered in churches on New Year's Eve, in 1862, to await news and confirmation of the enactment of the Emancipation Proclamation by President Abraham Lincoln, on January 1, 1863.[3] Moravianism In the Moravian Church, many congregations observe a watchnight ser…
Post a Comment
Read more

December 30, 2019
Creative Arts Solution FOUNDATION a non-governmental foundation
Thanksgiving
Thanksgiving Day is a national holiday celebrated on various dates in the United States, Canada, some of the Caribbean islands, and Liberia. It began as a day of giving thanks and sacrifice for the blessing of the harvest and of the preceding year. Similarly named festival holidays occur in Germany and Japan. Thanksgiving is celebrated on the second Monday of October in Canada and on the fourth Thursday of November in the United States and Brazil, and around the same part of the year in other places. Although Thanksgiving has historical roots in religious and cultural traditions, it has long been celebrated as a secular holiday as well.
History Prayers of thanks and special thanksgiving ceremonies are common among almost all religions after harvests and at other times.[1] The Thanksgiving holiday's history in North America is rooted in English traditions dating from the Protestant Reformation. It also has aspe…
Post a Comment
Read more 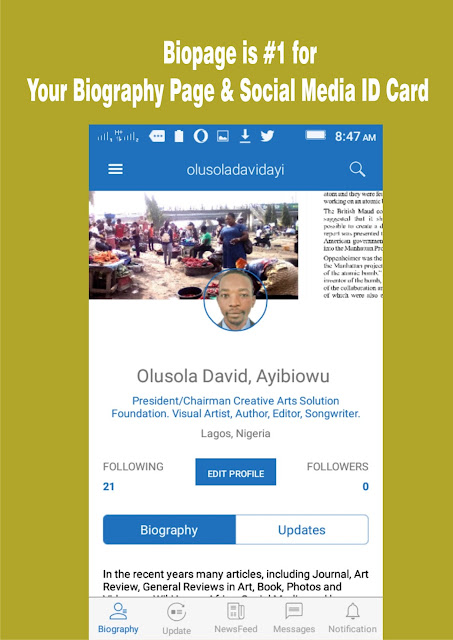 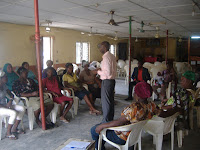 Our foundation works directly with CDA in order to solve societal challenges in our community as we looked into Healthcare program for our community development, environmental change s like flood affecting the environment as climate change.

Community volunteers are organized to help cover create awareness as they reach out to the people living in the communities.

We organize meeting and programs on a weekly or monthly basis in order to address the issues that are affecting the communities mentioned earlier.