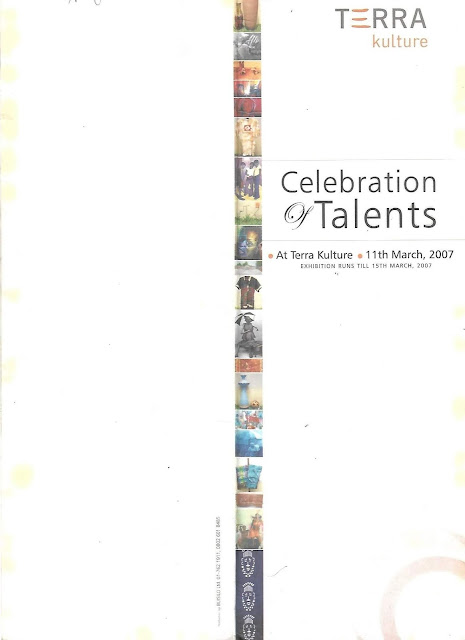 Many years ago Olusola David, Ayibiowu was one of the painter who exhibited his work of art as a painter during the Celebration of Talents of which he was one of those artist that was given a grant to produce paintings for this particular exhibition.

His name appeared in the catalogue of the exhibition as Sola Ayibiowu a full time artist, and in the Creative Art department of Unilag, inview 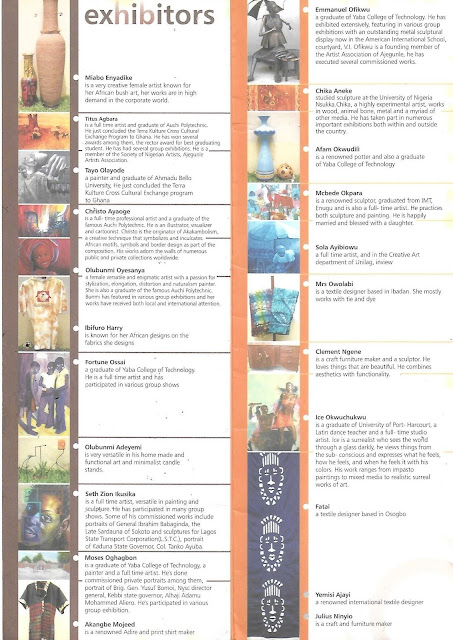 In the recent years many articles, including Journal, Art Review, General Reviews in Art, Book, Photos and Videos on Wiki Loves Africa, Social Media, and has positively influences the affiliate marketing programs network online through the Creative Arts Solution Foundation blogger worldwide.
He completed his graduation in Yaba College of Technology 2000-2003 and later proceeded to the department of Creative Arts at the University of Lagos in 2007-2009, as he was interested in Visual art, he started taking part in group art exhibitions as at the of level an apprentice under late A. Shyngle. Later on he launched his first solo exhibition theme:Vision on 30th Nov-Dec 6th 2007 at National Gallery of Art, Lagos.

Early Life
Born on (Jan 24, 1974) Heals from Lagos State (Agbowa Ikosi). He started his career at Cathedral Pry Sch 1982-1988.Boy's Academy Secondary Sch, Lagos island, Yaba College of Technology, University of Lagos. Ayibiowu, initially as a studio Artist known as Solart Studios Ent and Art Creative Solutions but Later launched Creative Arts Solution Foundation of which is the President/Chairman. The foundation is a Non-Governmental Foundation formed in Dec 10, 2012. It aims to encourage the young people as well as old ones grow in art and others professional field, thereby giving opportunities to gain skills, in vocational works while increasing public awareness and its benefits to society. Later on he also shows is use of photography and its originality as it breaks free of conventional unities of body, space and time and contribute skillfully to edits in video, computer engineer, music as well as dance drama through presentation in an events and occasion.

Sekere
The sekere is a West African percussion instrument consisting of a dried gourd with beads woven into a net covering the gourd.

A musical instrument consisting of a gourd surrounded by a net of beads. The sekere may be twisted, shaken or slapped to produce a subtle variety of effects.

In Other words, A shekere (or sekere) is a beautiful and unique instrument originating in West Africa that appears in various shapes, sizes and forms throughout the continent of Africa. Made from a simple dried gourd with a beaded “skirt”, shekeres are a great addition to any environment where children are learning about music or world cultures. Read More