Olusola David, Ayibiowu Hails from Lagos State Agbowa Ikosi is a Lagoscian Visual Artist|Painter, Health Consultant, a covenant child of God who works primarily in (USA) Universal Studios of Art an apprentice to late Alexander Ayodeji Shyngle 1957-2000,Olusola David,Ayibiowu was the last apprentice of Ayodeji Shygnle they were working together in the studio at universal studios of art and later it was announced to us at the studio that Alexander A. Shyngle woke up in the following morning and he suddenly Slumped to the floor and before they could rushed him to the hospital "he was already dead" on November, 2000. So, Ayibiowu became his successor as a painter in visual art.And later proceeded to National Gallery of Art, Aina Onabolu Complex,National Theatre Iganmu Lagos and became a residence artist 2001-2004 at National Theatre, Well known as a painter in visual arts like versatile and prolific artist in Contemporary Arts He has collection of his paintings at the National Gallery of Art, Lagos being a residence artist donated his works of art paintings to NGA Aina Onabolu Complex the first old structure of the past was painted by him in oil on canvas among others.
Catalogues of his past exhibitions... 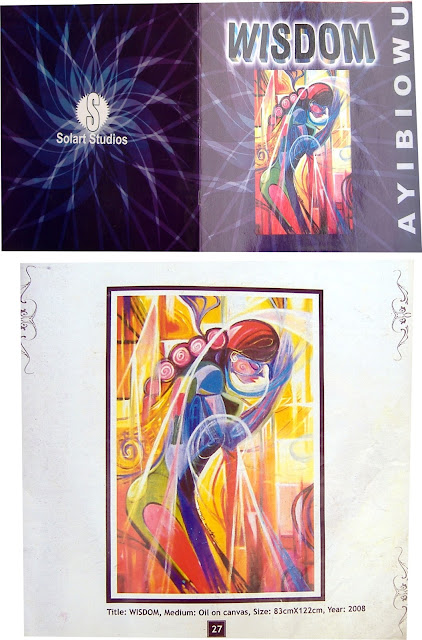 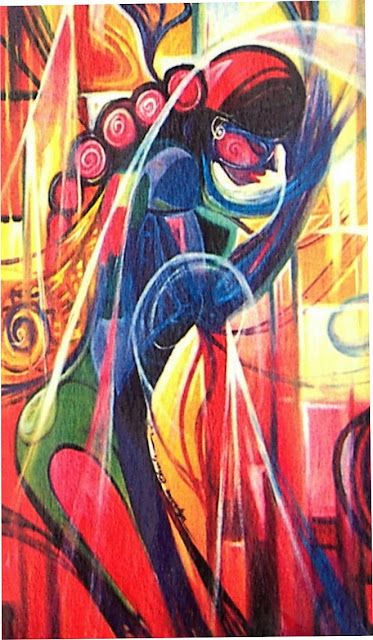 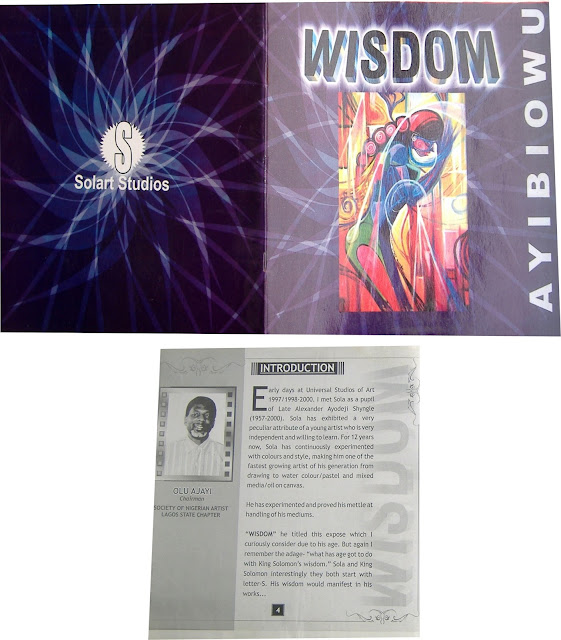 And Guild of Professional Fine Artist Nigeria (GFA). Apart from all that, Ajayi is also the co-ordinator and brain behind the Living Legends Project, established in 2008, to honour and document Nigerian men and women of integrity. So far six people have been documented including the likes of Professor Soyinka,
Prof Grillo, Oba of Benin and General Gowon. When Olu Ajayi invited Art writers in his new studio at Onikan, people thought that he was set to announce the name of the 2015 living legend, but as fate would have it, he told them that they are still in search of the next living legend 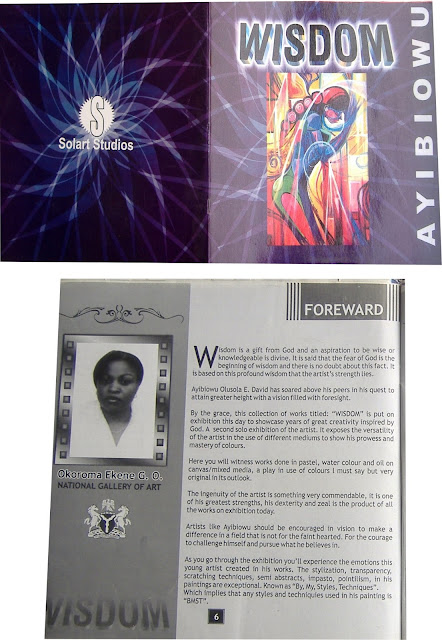 The Foreword page7 was written by Mrs. Okoroma Ekene G.O, Curator National Gallery of Art, Lagos before my exhibition in 2008... 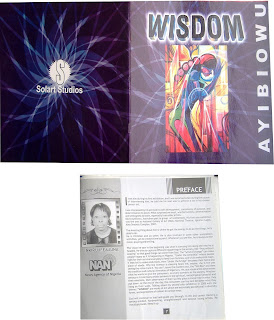 The Preface was also written by Nkiru Ifeajuna, Journalist at News Agency of Nigeria (NAN) before my exhibition in 2008.. 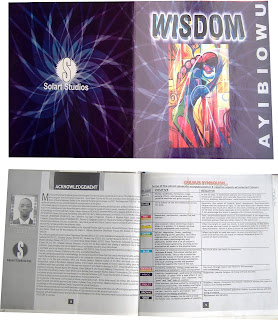 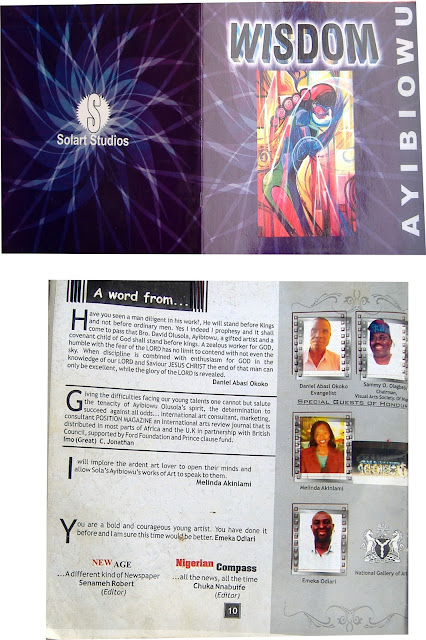 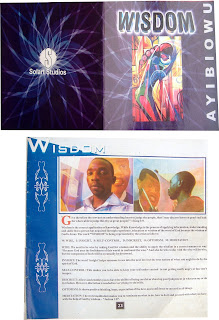 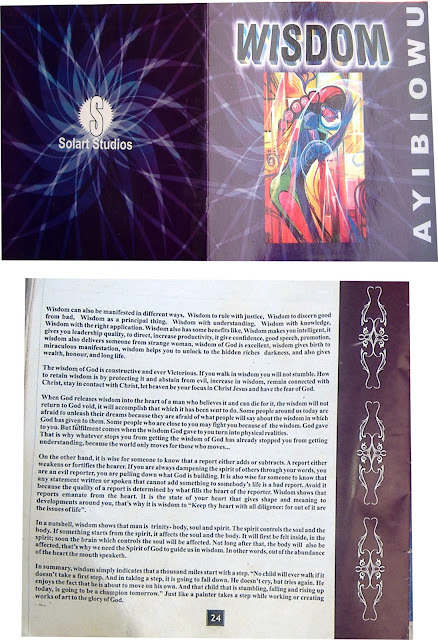 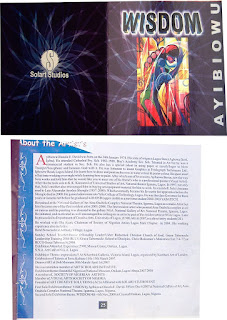