Dangers of bad Sentiment of Nowadays 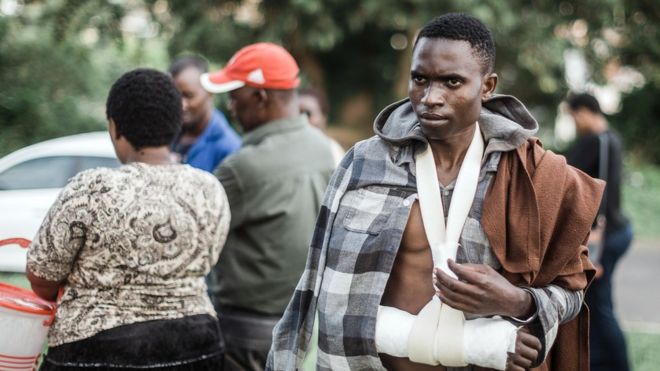 Foreign workers in South Africa have been targeted

The sentiment is usually a thought, opinion, or idea based on a feeling about a situation, or a way of thinking about something like what we have seen happening in South Africa Xenophobic Attack


South Africa and the Sentiment


South Africa is the mother of various Bantu speaking groups that have worked collectively into making their country what it is today.


The trade practices of Somali traders in South Africa. According to Gastrow, most small foreign retailers set a low mark-up to make a high turnover, they locate their businesses in highly trafficked pedestrian areas, and they open early and close late and have a wider product range.


On the other hand, Nigeria says it will repatriate some 600 citizens from South Africa after a wave of xenophobic violence which led to tensions between the two countries. Some will leave on two flights on Wednesday, Nigeria's Consul General in Johannesburg told the BBC.
Ten people, including two foreigners, were killed in the city last week when mobs attacked foreign-owned businesses.
The attacks started after lorry drivers staged a strike to protest against the employment of foreigners.
South Africa has become a magnet for migrants from other parts of Africa as it has one of the continent's biggest and most developed economies.

But there is also high unemployment in the country and some people feel foreigners are taking their jobs. This may be related to the tribal or societies sentiment of South Africans in September 2019. It may also be described as Xenophobic Attack.


Dangers of sentiment in leadership decision.


In a nutshell, when it comes to sentiment, emotions which sometimes distorts the reality as well as a loss of power of objectivity.


These dangers of sentiment in leadership decision includes:
* Inability to take proper action.
* Inability to reinforce and enforce what is right
* Inability to correct what is wrong.
* The leader is disrobed of sensibility.
* Sentiments affect our judgment, beclouding it.
* Sentiment poses a challenge to our professionalism, political powers and many more.

Summary
We must eschew all forms of bad sentiments from us.