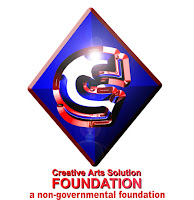 Sekere is a traditional Yoruba musical instrument that was pioneered and popularized by the late Alhaji Alamu Atatalo from Ibadan, Nigeria. Cowrie shells are wound around a large and polished gourd; the musician violently shakes the sekere (shaker) and also uses his fists to beat the gourd thereby creating a percussive sound that gladdens and delights the spectators. Typically accompanied by other instruments, such as the aro, dundun, omele, agogo, agidigbo, and a chorus; in Yorubaland -- especially in Ibadan, the sekere musician sometimes shows off his dexterity by hoisting the instrument high up in the air and briskly catches it in mid-air to create a festive mood.
It is noteworthy to mention that sekere, as a musical genre, is quite different from those smaller shakers (with different spellings) found in Cuba, Brazil, and other parts of Africa. The instrument described here is unique to the Yorubaland of Nigeria especially Ibadan.

Inspire by the Yoruba traditional muscical instrument that is often played in a local parties around the locality in Lagos.

I choose to use oil painting because it works best for me.

This is a semi abstract with a combination of stylization
Labels: Sekere