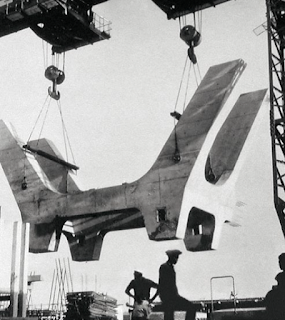 This list have been chosen to paint a picture that sets out to offer a basis for a deeper understanding, that outlines major points in the development of Julius Berger Nigeria PLC, correlating them where appropriate to the country’s progress.

Listed by African Business magazine among the top 50 companies in West Africa in its 2008 rankings by market value, Julius Berger Nigeria PLC was originally set up as a Lagos-based subsidiary of a German construction company that arrived in Nigeria to work on a bridge-building project. It swiftly diversified into road construction, and its development started to run parallel to that of the country, leading to many Nigerians regarding the firm as a key “partner in progress”. With its legal structure transformed into that of a Nigerian private limited liability in 1970 and converted to a public liability company in 1979, the company played a strong role not only in the creation of the country’s fledgling industrial and civil infrastructure in the 1980s. During this time it also became closely involved in building the new capital, Abuja, not to mention key roads, railways, ports and dams. Synchronous to its geographical expansion out of Lagos, in 1991 the company was trans-
formed into a public limited company and floated on the Lagos Stock Exchange, where it attracted strong Nigerian shareholders, who hold the majority of its shares. Toward the end of the decade the head office relocated to Abuja, with key operational hubs in place in the North, South, East and West of the country. It was during this time that Julius Berger Nigeria PLC first completed major oil and gas industry projects, thus significantly expanding its service portfolio. The following pages are intended to familiarize you with key milestones in the company’s progress since its foundation.

1965, August
Signing of the contract for the construction of the 2nd Mainland Bridge in Lagos (later called the Eko Bridge) between Nigerian Ministry of Public Works, the German Ambassador and the CEO of Julius Berger Tiefbau AG, Germany. The bridge project is financed by a soft loan from the Federal Republic of Germany to Nigeria in honor of its newfound independence, with financial support from the KfW development bank, as were other projects in the 1960s and early 1970s.

1975, July 27
Contract awarded for the vast Lagos Inner Ring Road system: The conceptual planning for this road,
known as “the liberating ring” was devised by Julius Berger Nigeria LTD.

1973
Jebba Bridge over the Niger awarded

1976
Work starts on the vast Lagos Inner Ring Road system, liberating the city from the congestion that was throttling it.

1980
Julius Berger Nigeria LTD starts to focus increasingly on projects outside Lagos, such as the water processing plant in Jos, and projects in Ajaokuta and Warri.
Contract for Wuse I residential district, Abuja.

1982
Work progresses on the Ajaokuta steel plant, the second part of the government’s heavy industry projects and a massive complex.

1983
Niger Road Bridge, Ajaokuta. Work on Abuja’s Central Area commences, as do road works on the B6/B12 carriageways there.
Commissioning of the Jos steel rolling mill.

1999
Shell’s Osubi Airport in Warri inaugurated. Work forges ahead on Bonny Island. JBN builds the residential area and camp for Nigeria LNG, Africa’s first joint-venture LNG company, while also contributing the infrastructure, the foundations of the plant and a special LNG jetty

2009, March
Julius Berger Nigeria is awarded the contract to build the iconic Lekki-Ikoyi Link Bridge, and work commences
on expanding the Lagos-Badagry Road from four to ten lanes. Both projects are critical parts of Lagos State’s drive to ease traffic congestion in the mega city.

2009, May
The Federal Capital Development Authority assigns Julius Berger Nigeria to rehabilitate and expand the Airport Expressway in Abuja to a future ten lanes
highway across its entire 26.5 km length, from the City Gate to the airport entrance.

2009, November
The Nigerian Government, as part of its industrialization policy, appoints Julius Berger Nigeria PLC to build the final 22 km stretch of the Ajaokuta-Warri railway line and to ensure the existing tracks are in good shape, at long last connecting Ajaokuta to the port and thus the sea. A secondary line will connect the Warri steel plant to the trunk line.