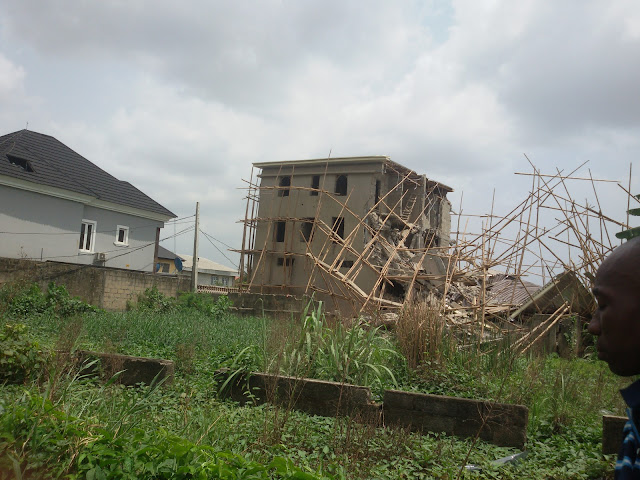 
The true life story is like a nightmare with a sudden loudness sound which calls for attention of everyone living that particular area where the building collapsed like a bomb blast.

So they told one of their co-worker in that building that they should walk out of the building but he refused to listened to their advised but as soon as others 8 workers (Break-layers) left the uncompleted building at about 10 minutes the building suddenly collapsed.

This building is located around City of Power Close, off Laiyi-Otegbade Street, Somolu. The landmark in that area is Christ Apostolic Church Oke Apata in Somolu, Palmgrove, Lagos.


The Lagos State Emergency Management Agency (LASEMA). was at the scene to demolish the collasped uncomledted building on the 24 Feb 2019