The Fuel Subsidy in Nigeria and It's Origin

Article: The Fuel Subsidy in Nigeria and It's Origin 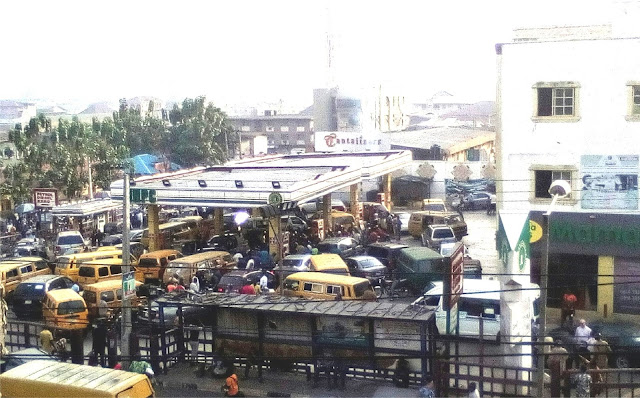 Find it on: Wikimedia Commons 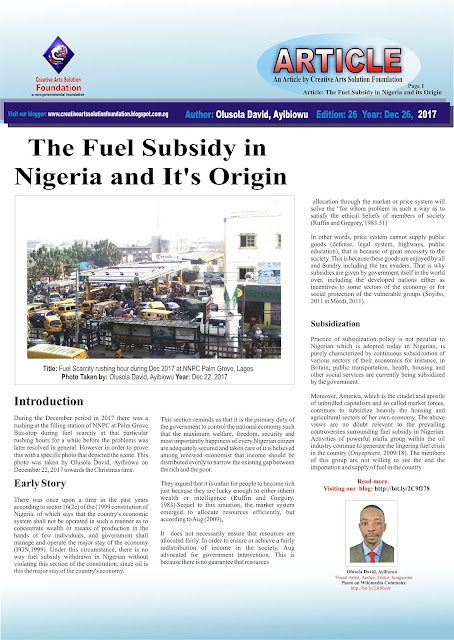 Find it on: Wikimedia Commons,  Wikia

During the December period in 2017 there was a rushing at the filling station of NNPC at Palm Grove Bus-stop during fuel scarcity at that particular rushing hours for a while before the problems was later resolved in general. However in order to prove this with a specific photo that depicted the scene. This photo was taken by Olusola David, Ayibiowu on December 22, 2017 towards the Christmas time.

There was once upon a time in the past years according to sector 16(2c) of the (1999 constitution of Nigeria, of which says that the country’s economic system shall not be operated in such a manner as to concentrate wealth or means of production in the hands of few individuals, and government shall manage and operate the major stay of the economy (FGN,1999). Under this circumstance, there is no way fuel subsidy withdrawn in Nigerian without violating this section of the constitution, since oil is this the major stay of the country’s economy.
This section reminds us that it is the primary duty of the government to control the national economy such that the maximum welfare, freedom, security and most importantly happiness of every Nigerian citizen are adequately secured and taken care of it is believed among renewed economist that income should be distributed evenly to narrow the existing gap between the rich and the poor.

They argued that it is unfair for people to become rich just because they are lucky enough to either inherit wealth or intelligence (Ruffin and Gregory, 1983).Sequel to this situation, the market system emerged to allocate resources efficiently, but according to Aug (2009),

It  does not necessarily ensure that resources are allocated fairly. In order to ensure or achieve a fairly redistribution of income in the society, Aug advocated for government intervention. This is because there is no guarantee that resources allocation through the market or price system will solve the “for whom problem in such a way as to satisfy the ethical beliefs of members of society (Ruffin and Gregory, 1983:51)

In other words, price system cannot supply public goods (defense, legal system, highways, public education), that is because of great necessity to the society. This is because these goods are enjoyed by all and Sundry including the tax evaders. That is why subsidies are given by government itself in the world over, including the developed nations either as incentives to some sectors of the economy or for social protection of the vulnerable groups (Soyibo, 2011 in Mordi, 2011).

Practice of subsidization policy is not peculiar to Nigerian which is adopted today in Nigerian, is purely characterized by continuous subsidization of various sectors of their economics for instance, in Britain, public transportation, health, housing and other social services are currently being subsidized by the government.

Moreover, America, which is the citadel and apostle of unbridled capitalism and so called market forces, continues to subsidize heavily the housing and agricultural sectors of her own economy. The above views are no doubt relevant to the prevailing controversies surrounding fuel subsidy in Nigerian. Activities of powerful mafia group within the oil industry continue to generate the lingering fuel crisis in the country (Onyepwere, 2009:18). The members of this group are not willing to see the end the importation and supply of fuel in the country

See also: The Origin of fuel Subsidy in Nigeria

Finally, it becomes pertinent to agree with Aug (2009 :35),that market to or price system cannot solve the problem of subsidy in Nigerian. Rather, government intervention is the answer since it is the government responsibilities to control the national economy and ensure that maximum welfare, security and happiness of all citizens, and most especially the poor masses are adequately provided in the nearest future.

The Fuel Subsidy in Nigeria and It's Origin